When talking about Remote administration tools (RATs), we should distinguish two main categories: legitimate and corrupt ones. Legitimate tools are used by remote technicians, system or network administrators to access, monitor and repair one or several computers remotely. Such access reciprocal between the computer users and the parties which are granted this permission. Legitimate remote administration tools are especially popular within larger companies because they allow the network managers to fix issues faster and much more conveniently.

Unlike the legitimate RAT tools, the malicious ones have the functionality of the backdoor viruses, so they are also often referred to as remote administration trojans. Luckily, these particular viruses are not as widespread as the backdoors and are not as dangerous. They do not automatically bring any destructive payloads or mess up the computer. All of this has to be controlled by the RAT clients manually. It is important to note that both, the legitimate and the malicious programs work by the same server-client principle. This means that even the legal and reliable tools may be used to perform some evil activities. In particular, the controlled device is connected to the server from which the client can further send commands. These predetermined actions may involve controlling the system, adding or removing applications and files, as well as monitoring the user’s activity on the computer. Frankly, malicious RAT technology is a handy way for the cyber attackers to gain control over the targeted device and perform a variety of different activities on it.

We have already briefly mentioned the malicious activities that can be performed on the infected computer during the RAT-based attacks. Below, we discuss their impact on the system in more detail:

Because of their relatively complex system take-over technique and manual management, remote administration tools are not especially favored by the malware creators. Nevertheless, thousands of such tools are still being released on the web every year. Below we present a few of the most active ones that currently roam the cyberspace:

PC Invader is an infamous RAT that is used by the hackers to run malicious activities on the infected computers remotely. This tool can be used to disable firewall protection, install and activate malicious applications, corrupt legitimate files and even steal personal information that you store on your hard drive. Nevertheless, PC Invader particularly focuses on changing the infected computer name, its IP address, DNS settings.

Back Orifice is another malicious application that tries to initiate the remote access once installed on the computer. This program does everything you can imagine a rogues RAT would do. It modifies system and software settings, manages files and programs, employs keylogging technology to track your keystrokes, takes screenshots, records video and audio input and much more. Such tool should be immediately terminated if found running on the computer.

Beast is yet another malicious program which has been especially active in using RAT to attack unsuspecting user’s computers. It works similarly to the previously described utilities and has been on the web since 2001. This program stealthily runs on the system and can only be detected by a reputable antivirus utility.

Frankly, the attackers can use the infected computers as their own. Usually, these exploiters remain anonymous, since they usually wipe out the system to cover their tracks as soon as their dirty deeds are finished. Thus, RAT infection can not only expose you to a data leak but also major data loss.

How do these dangerous tools invade computers?

Remote administration tools are not your typical cyber infections. These utilities cannot infect computers themselves, so they have to be installed on the targeted system manually. Of course, no security-cautious users would download such a malicious program on their computers willingly, so, naturally, such software distributors cannot avoid bringing deception into play. There are two ways it can be used:

Apart from stealthily infecting the computers, these programs are also difficult to detect and remove. Thus, they can go about their malicious activities for months, if the attackers controlling them do not give themselves away. You can only imagine the amount of sensitive data that can be collected over an extended period of stealthy monitoring. To conclude, we should also point out that such viruses usually infect Microsoft Windows operating systems, though Mac OS X-oriented infections are also becoming increasingly popular.

How difficult is the RAT removal?

The difficulty of remote access tool removal depends on the method you choose to do it. Manual removal, for instance, is unlikely to provide quick and effective results. The virus scatters its malicious components around the computer, so even if you remove some of them, the other ones may still be hiding in the system. Thus, to ensure a thorough system clean-up, experts recommend employing automatic antivirus, anti-malware or anti-spyware tools. The market of such utilities is vast, so you have to conduct a small research before taking action. This will help you choose the most optimal and compatible tool. ReimageIntego and SpyHunter 5Combo Cleaner are just a couple of the reputable utilities that we have already tested and can recommend. For more software reviews you can check out our Programs category. Also, you can always leave us RAT removal related questions in the Ask Us section.

Latest RATs added to the database 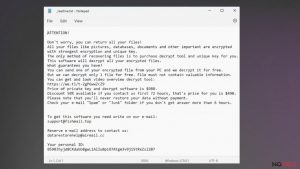 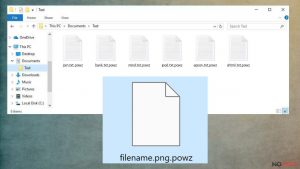 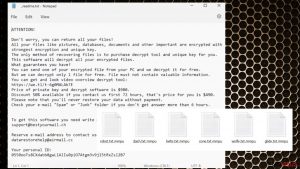