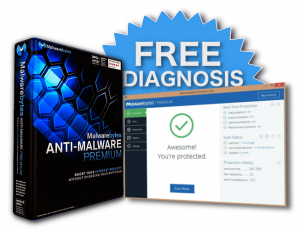 Review of Malwarebytes Anti-malware: the powerful tool for malware detection, destruction, and prevention

Malwarebytes has expanded rapidly, and the research team has proven capable of finding effective ways to combat ever-improving viruses. In December 2016, the company released version 3.0, which protects against serious threats such as malicious websites, ransomware, rootkit, and other threats. The latest version 4.3 can be used with Windows, MacOS, Andriod and iOS, Chromium.

The latest versions released since the release of Malwarebytes 4 are smarter, faster, and lighter than before. The program reports detected threats, describes their behavior, type, and offers smart security solutions.

This antivirus program has a large virus database that allows it to detect and destroy a variety of dangerous programs, including zero-day viruses and other types of updated older cyber infections. Thanks to the minimalist design of Malwarebytes, you will be able to use the program much easier and faster. It has become more user-friendly as there are no unnecessary buttons and details.

The features of the program are impressive and competitive compared to other leading products in this industry. Malwarebytes Anti-malware is user-friendly and has additional tools for manual malware removal.

The program is available in up to 30 languages and can work successfully with other antivirus and antispyware programs. Although the developers initially focused on the Windows OS, the program now works great on MacOS, iOS, and Android devices as well. The next-generation security program has already managed to win the hearts of many users as a reliable anti-virus tool.

You can try the program for free for 14 days

You can download a free trial version of Malwarebytes Anti-malware for 14 days. It only takes a few minutes to install the program, and as soon as it starts running, the program will completely scan your entire system for viruses and offer to quarantine or remove them. This virus scan takes just a few minutes or a little longer, depending on your system settings and security status.

Users of Malwarebytes Anti-malware free version are offered to make a full system scan, to remove the detected malware, and to guard against potential viruses in the future. The following types of protection are provided to users:

However, Malwarebytes features such as real-time protection, antivirus software, scheduled updates, and scans expire 14 days after the trial version of the program ends. These features are only available with the one-year Premium version. However, thanks to the latest updates, the free version comes with the default Advanced Heuristic Engine (Shuriken) and automated update checks that were not available in previous versions of the Malwarebytes.

Premium version and additional features you pay for

While the free version of Malwarebytes Anti-malware is considered only an additional antivirus software tool, the Premium version can completely replace other anti-virus software. Given that this version is affordable and the program itself is fast and efficient, it is definitely worth buying.

Malwarebytes Anti-malware Premium costs $39.99 for one device (for personal use) per year, and a subscription for up to 10 devices costs $59.99. In addition, users who choose a two-year subscription receive a 25% discount.

Given that the devices will be protected from viruses in real-time, the price looks particularly enticing. In addition, the 60-day money-back guarantee adds extra confidence to the program.

Malwarebytes 4.3 is the latest version of this program, featuring significant performance and usability improvements. This version also has more advanced system scanning capabilities, allowing you to scan your device up to 4 times faster.

In addition, Premium users can schedule when the program will scan the system for possible viruses and set this scan to run every 24 hours. Then you will be able to successfully quarantine or delete all threats.

Software vulnerabilities lead to millions of malicious attacks on the internet. When a vulnerability is detected, the software authors work quickly to fix it and release an update as soon as possible. Unfortunately, users are vulnerable in the meantime. However, with Malwarebytes, security can be maintained even in such cases.

Malwarebytes anti-exploit protects against zero-day viruses that target software and browser vulnerabilities. Users can feel safe because of the useful program features:

Malwarebytes anti-exploit feature can be found in the Premium version, but it is also available as a standalone Beta program.

Ransomware is an ever-growing business model for cybercriminals. Such attacks cause significant monetary damage to organizations and individual users. In addition, critical information can be lost forever, and the recovery of IT systems can take a long time, disrupting the company.

Therefore, it is necessary to protect devices against ransomware-type viruses. Malwarebytes anti-ransomware function is particularly reliable for such work and can successfully detect, block, and remove such ransomware as CryptoLocker, Tesla, CTB-Locker, and many others.

The program constantly monitors your computer's activity, and when it collects enough evidence of suspicious activity, it stops the threat before it encrypts any files. Malwarebytes anti-ransomware is included in the Premium version, but it is also possible to use a separate free Beta version program, which is available to everyone.

Hackers are constantly developing new versions of viruses that can surpass various antivirus software solutions. Fortunately, security researchers around the world are using technologies for the exact opposite reasons – to stop such threatening virus behavior. Fortunately, security researchers are also using technologies for the opposite purpose – creating software that can stop such threatening viruses.

Malwarebytes uses an innovative feature – Machine Learning Technology. Thanks to this technology, the program identifies malware families based on behavioral trends. If suspicious changes are noticed, Malwarebytes will detect it and prevent potential damage.

Thanks to such innovative technology, Malwarebytes can prevent new infections from entering the devices. In addition, the more devices use the program, the more likely it is that new cyber threats will be detected at an early stage.

The developers offer not only Premium and Free, but also other versions of this program

Cybercriminals are constantly creating new types of viruses to make it harder to protect against them. In addition, malware is designed to be compatible with many operating systems and platforms. That's why security researchers are developing antivirus tools for Mac, iOS, and Android devices.

Malware for Macs is completely real. For example, there are such serious infections as KeRanger, a ransomware-type virus that locks users' confidential information and requires ransom in bitcoins if they want to recover their data. The Mac version of Malwarebytes not only protects against such attacks but also against adware, bloatware, and many other unwanted threats that can harm your device. This version of Malwarebytes is fast and takes up little space.

The innovative Malwarebytes program is great for iOS devices. Not only this antivirus program can block dangerous viruses from entering your system, but it also has a variety of features that keep users' privacy and security online:

Users can download the app from the App Store. Malwarebytes is for iOS 11 and later, and can be used on iPads and iPods. In addition, the free download of the app comes with a 30-day trial of the Premium version.

Malwarebytes program is a great choice to protect against ransomware, malware, and other types of viruses. Dynamic PUP detection capabilities will prevent any adware-type virus from penetrating your device. Malwarebytes performs useful functions such as:

The Malwarebytes app for Android devices is available for purchase on Google Play. You will get a 30-day trial of the Premium version. In addition, the program is available in 11 languages. It runs on Android 4.4+ devices.

Rootkits are probably the most dangerous type of infection. They are almost impossible to detect without scanning with the appropriate program. However, although malicious rootkit code is more difficult to detect, Malwarebytes anti-rootkit is a specialized application that can successfully detect and remove rootkits.

Malwarebytes anti-rootkit is free but still in Beta. Beta versions are non-profit products that are not yet fully completed. Therefore, Malwarebytes assumes no responsibility for errors or system malfunctions due to the operation of the application.

Offer
try it now!
Download
Malwarebytes Anti Malware Happiness
Guarantee Download
Malwarebytes Anti Malware Happiness
Guarantee
Compatible with Microsoft Windows Compatible with OS X What to do if failed?
If you failed to fix virus damage using Malwarebytes, submit a question to our support team and provide as much details as possible.
Malwarebytes has a free limited scanner. Malwarebytes offers more through scan when you purchase its full version. When free scanner detects issues, you can fix them using free manual repairs or you can decide to purchase the full version in order to fix them automatically.
Terms of Use | Privacy policy | Refund Policy
About the author