PC optimizers are programs that can help to maintain your computer’s health. These tools are designed to examine the computer system on a deeper level and fix trouble areas. For example, PC optimization software can remove junk files, programs, delete clutter from Windows Registry and solve various other issues. There are hundreds of programs that promise to optimise the computer, and it is important to know which one is reliable and which one is not. Therefore, our team has prepared an informative guide for those who do not know how do PC optimization tools operate, why is it useful to have such program on the computer and how to avoid corrupt PC optimizers that take clients’ money and give nothing in return.

Sorts of PC optimizers and their usefulness

There is a variety of PC optimizers that are meant to solve different computer issues. Most of these programs promise to boost computer’s performance, free up memory space and optimize the Internet connection to make the computer function like its new. All these tune-up utilities are worthy of consideration; however, we have noticed that computer users often leave negative feedback about such programs on Internet forums. The reason why computer users tend to think that PC optimization tools are useless is that their work is usually invisible to the naked eye, but over time, it becomes clear that such programs actually help to keep the computer clean and orderly. We would like to provide the list of different PC optimizers and explain their functions.

What’s the difference between a PC optimizer and an antivirus program?

Speaking of PC optimizers, we would like to describe their connection with antivirus programs. These programs are similar, although areas that they maintain are entirely different. Both programs are meant to improve computer performance, protect it by patching potential security vulnerabilities, free up space by removing needless programs, and so on. However, standard antivirus programs cannot optimize the computer because their function is to remove malicious software from the computer, while PC optimizers can only solve problems that are not directly related to computer security issues. However, nowadays users can get 2-in-1 tools that can remove malware and spyware and also optimize the PC. Such programs are good options for those computer users who do not want to spend money on computer optimization and think that the most important computer maintenance tool is an antivirus program.

The reason why PC optimizers receive so many negative reviews and have already gained a label of “snake-oil” is that there are hundreds of rogue PC optimizers that spoil the reputation of these tools and make them look useless. Sadly, we want to warn you to be careful when choosing a PC optimization tool because you can accidentally install a fake one that poses as an advantageous computer maintenance tool while it actually can provide no useful features. Rogue programs use aggressive and unfair persuasion techniques to convince the user to purchase their licensed versions. Typically, rogue PC optimization tools reveal the shady side when they start to display numerous pop-up messages stating that the system is full of problems that need to be fixed as soon as possible. Besides, they can imitate fake system scans and provide results filled with false positive entries to make the victim buy the license key. Such programs are deceptive and should be removed as soon as possible. If you have doubts whether the PC optimization tool that you have just downloaded is trustworthy, run a free scan with a reliable anti-malware software and see if it identifies it as a potentially unwanted program (PUP).

To sum up, we must say that legitimate and trustworthy PC optimizers are really useful tools, but the amount of rogue programs available in the market make them all look suspicious. Therefore, we recommend you to look for reviews online before installing one. If you cannot find information about a certain PC optimizer, consult with IT expert. Remember – you can always count on our experts and send questions via Ask Us page. 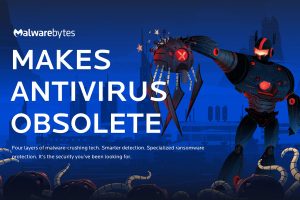 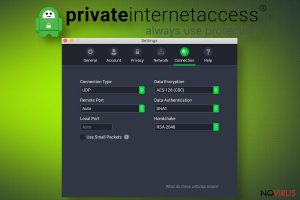 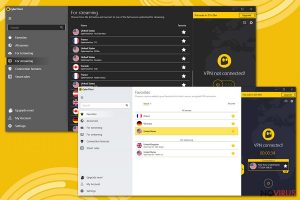