Monero Miner gets active in autumn 2017 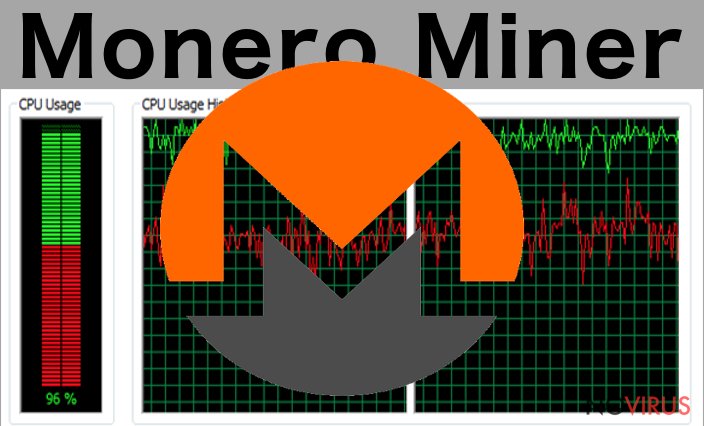 Monero Miner virus is an illegal software used to mine cryptocurrency on infected computer systems without their users’ knowledge. Cyber security experts say that XMR miners were extremely prevalent in 2016, and today it seems that tendencies hardly changed since then. One of the most widespread programs mining this cryptocurrency is known as Vatico Monero (XMR) CPU Miner.

Also, since Coinhive introduced the new in-browser mining technology, criminals started creating malicious browser extensions to mine cryptocurrency while the user browses the Internet. Besides, some popular websites like The Pirate Bay or Showtime were quick to test new ad-free content monetization technology as well.

According to the latest news, the most popular miners are CPU Miner, Vnlgp Miner, and Gplyra Miner. It is worth mentioning that such programs can mine different kinds of cryptocurrencies, however, the potentially unwanted software we discuss today clearly aims to provide bookkeeping services to the cryptocurrency network. In other words, mining means providing computer accounting services also known as verifying transactions.

Key problems that users whose computers are infected with illegal cryptocurrency miners experience: 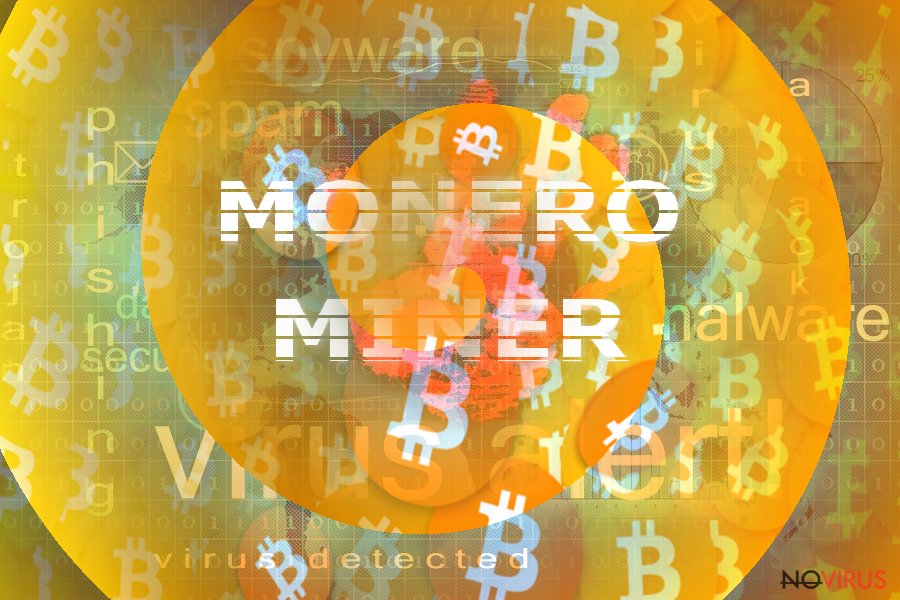 Monero Miner is a software designed to silently operate in victim's computer and dig the cryptocurrency for fraudsters.

Vatico Monero (XMR) CPU Miner virus. This cryptocurrency miner is frequently used by criminal individuals seeking to earn revenue by leveraging victims’ computers’ resources. The malicious program typically emerges in Windows Task Manager as moloko.exe, although it can hide under a different name as well.

As soon as it starts operating, it seizes more than 80% of CPU power. Clearly, this leaves little CPU power for other processes to run, causing frequent system slowdowns or even software crashes.
Vatico Monero Miner gets into the system using distribution style typically used by ransomware developers. It can be downloaded to computers by Trojan horse that sneaks into the system in the form of a legitimate-looking program or part of another (usually illegal) software.

The malicious downloader then opens a VBS file which contains a script set to connect to a remote domain, download and execute the Miner. Once executed, miner connects to xmr-eu.dwarfpool.com:8050 mining pool and starts operating instantly.

SafeBrowse virus. It is a deceptive extension that was caught using Monero Miner to mine digital currency for its developers. The extension promises to lower the number of ads the user sees on the Internet, although at the same time it leverages Coinhive’s JavaScript cryptocurrency mining technology to earn revenue using victim’s computer.

Coinhive technology allows injecting the same JavaScript Crypto Miner into regular Internet sites, offering it as an alternative content monetization method. According to the developers of this technology, this allows website owners earn money and provide ad-free content. Sadly, we do not believe that site visitors will be happy to find out their computers are being used for cryptocurrency mining.

The described in-browser miner has been adapted to many malicious programs and also seen on websites like The Pirate Bay and Showtime.

Just like any other unwanted and dangerous program, Monero Miner malware proliferates using typical malware distribution methods. Fraudsters tend to inject the miner into illegal software packs or add them to convincing, yet deceiving emails pushed to thousands of random computer users.

However, Monero Miner can be installed without your knowledge if you happened to install a Trojan virus into your computer earlier. Therefore, it is important to schedule regular system scans using anti-malware software to remove any dangerous programs that manage to slip into your computer unnoticed. Updating your security programs on time is simply a must, too.

In-browser Monero miners such as SafeBrowse extension can be installed from suspicious Internet sites or bundled alongside freeware. To avoid such unwanted browser additions, experts recommend choosing Custom/Advanced software installation settings and avoiding questionable Internet sites cluttered with untrustworthy content (such as ads or download links).

Malware analysts suggest that Monero Miner removal is a complicated task that should be accomplished by experienced IT professionals only.

Therefore, if you are a simple computer user, we advise trusting anti-malware solutions provided by known and trustworthy security firms. One of the programs we recommend using to remove Monero Miner is Reimage Reimage Cleaner Intego.

Guidelines provided below will help you to prepare your computer in case you can’t find or remove the malicious software because something prevents your security software from running.

If you can't remove Monero Miner while your computer is running in regular mode, you need to restart it into Safe Mode. Instructions are given below.

It is strongly recommended to take precautions and secure your computer from malware attacks. To protect your PC from Monero Miner and other dangerous viruses, you should install and keep a powerful malware removal tool, for instance, Reimage Reimage Cleaner Intego, SpyHunter 5Combo Cleaner or Malwarebytes.

You can quickly scan the QR code with your mobile device and have Monero Miner manual removal instructions right in your pocket.

Vote in our poll
What method did you use to remove Monero Miner?
0.08 % phoned computer support specialists
60.89 % downloaded a security program
20.43 % removed it using free removal instructions
17.97 % used an automatic removal tool and removal instructions
0.64 % contacted support via email
0 % got answer via Ask Us service
Your vote has been submitted!
Vote »
Cannot remove Monero Miner?
See the results »