What is FBI virus and how does it spread?

For several years FBI virus has been spreading around the Internet and fooling users that Federal Bureau of Investigation has locked their computers. Indeed, seeing the warning on the screen that FBI caught you installing illegal programs or downloading other content from the Internet may seem scary and threatening. Probably, it’s impossible to find anyone who hasn’t done it at least once in a lifetime. However, if your computer has been locked and the warning message asks for $100 fee, you should know that it is delivered by FBI ransomware. This sum of money is supposed to save you from jail and help to avoid criminal background. Keep in mind that this ransom will only help cyber criminals to develop future projects and continue swindling the money from innocent computer users. For this reason, paying the ransom is not recommended. Actually, you should initiate FBI virus removal as soon as it shows up on your PC.

Fraudsters spread scamware via Trojan.LockScreen which has been used for distributing other ransomware viruses. FBI virus can get inside the system pretending to be as a safe file or program, so in order to avoid it, you should be very careful with opening or installing various applications from the Internet. Once it manages to get inside the system, it delivers a message informing that user’s computer has been blocked due to the Copyright and Related Rights Law. There’s no doubt that this message frightens the majority of victims, especially when they notice that they have lost access to the computer. Indeed, one of the most complicated features of the ransomware is that it can block victim’s access to the PC. For this reason, it may be hard to remove FBI virus. However, we can assure that it is still possible to get rid of this computer infection. At the end of the article, you will find detailed instructions how to remove it using ReimageIntego.

During its lifetime, FBI ransomware has been updated several times. There are many versions of the malware which targets not only computers but Android devices as well. It doesn’t matter which variant of the virus attacked your smartphone, tablet or computer; cyber criminals will try to scare you and make you pay the ransom. Before briefly looking through the FBI malware versions, we want to discourage from transfering the money for crooks. Keep in mind that after receiving the payment, they may disappear, and your device may stay blocked.

The versions of FBI virus

FBI Moneypak. After infiltration, this version of the virus delivers a legitimate-looking message sent by FBI and locks affected computer’s system. Scammers want to make victims believe that for their illegal activities online they have to pay $100 fine through Moneypak service.

FBI Green Dot Moneypak Virus. This ransomware behaves similarly to the previously discussed version. It also delivers a message where victims are accused of illegal online activities, such as accessing pornography or downloading content illegally. However, this time crooks as for $200.

FBI Virus Black Screen. This version of the malware has some unique features. It not only delivers a fake warning message from FBI but also places the black startup screen and loads an audio file informing about illegal activities online. The punishment stays the same – $200.

FBI Online Agent. Another version of this scam also demands to pay $200 fee via MoneyPak for the illegal activities online. Cyber criminals may accuse you of watching child pornography, illegally downloading content such as movies or music, and so on. The unique feature is that in that crooks made this message even more realistic by providing the name of the responsible agent and case number.

FBI Cybercrime Division virus. After infiltration, ransomware delivers a warning ‘FBI. CYBERCRIME DIVISION, International Cyber Protection Alliance. Attention! Your PC is blocked due to at least one of the reasons specified below’. Scammers provide various reasons for locking down victim’s computer in order to get $300.

FBI Department of Defense virus. Virus blocks affected computer’s system by disabling Internet connection and hiding victim’s files and folders. Then it delivers a fake notification by FBI where victims are accused of violating some laws of USA and sees their IP address, computer’s location and technical details about their device. However, if you receive this message, do not consider paying $300; it’s just a scam.

White Screen FBI virus. This version of the FBI virus may deliver a white screen or the same warning message asking to pay $300. However, you should not make a payment via MoneyPak for the crimes you haven’t committed. It’s possible to get back access to your computer without paying the ransom to the crooks.

FBI Computer Crime and Intellectual Property Section virus. After infiltration, it acts the same as its predecessors. It locks affected computer and in the delivered warning message informs that FBI spotted victim doing illegal activities online that are against USA law. However, if victims pay $200, they don’t need to worry about anything. But take our advice and do not sponsor cyber criminals.

FBI System Failure virus. It’s another version of scamware that has nothing in common with FBI. This ransomware variant blocks affected computer and delivers the message where scammers inform of recording all activities of this machine and encrypting the files. Even though victims are warned not to try to unlock the computer and encouraged to pay $300, we do not recommend following criminals’ instructions.

How to remove FBI virus from the system and get back access to the infected device?

To remove FBI virus from the computer might be quite complicated because malware blocks access to the PC and disables Internet access. For this reason, you will need another computer that has an Internet connection. Install ReimageIntego, SpyHunter 5Combo Cleaner or other reputable malware removal program to the uninfected computer and update it. Then, put the anti-malware program to the external device. Reboot your infected computer to the Safe Mode with command prompt and connect the external device. One more time reboot affected computer and then run a full system with the malware removal application.

Additionally, you can remove FBI virus manually from your computer by rebooting it to the Safe Mode with command prompt. Then, run Regedit and search for WinLogon Entries. You have to write down all the files that are not explorer.exe or blank, and replace them with explorer.exe. Once you complete this step, look for registry of the previously listed files and delete their registry keys. The last virus removal step requires rebooting your PC one more time and running a full system scan with a reputable anti-malware program that is capable of eliminating remaining malicious components.

As we have mentioned earlier, FBI malware may affect Android devices as well. So if your mobile phone or tablet has been infected, you have to reboot your device into Safe Mode by pressing power button for a couple of seconds. Then you see a menu, tap the Power off option. Then, you should see a dialog window offering to reboot the device to the Safe Mode – select it and tap OK. However, if these steps did not work for you, try the additional method. Turn off and turn on your device and when it becomes active press and hold Menu, Volume Down and Volume Up (or Volume Down and Volume up) buttons together until you see the Safe Mode option.

When your Android is rebooted to the Safe Mode, you have to uninstall malicious application. In the Settings click on Apps (or Applications) and look for these applications: Video Player, Video Render, BaDoink, Network Driver System, ScarePakage and so on. Once you find these suspicious apps, uninstall them. However, sometimes these steps do not work as well. In this case, you should enter a random code of MoneyPak xpress Packed voucher. FBI Android virus asks to enter this 15 digit length code. So, you should go to Settings -> Security -> Device administrators. In this section you have to find previously mentioned applications, uncheck them all, select Deactvate and then OK.

Offer
try it now!
Download
Reimage Happiness
Guarantee Download
Intego Happiness
Guarantee
Compatible with Microsoft Windows Compatible with macOS What to do if failed?
If you failed to fix virus damage using Reimage Intego, submit a question to our support team and provide as much details as possible.
Reimage Intego has a free limited scanner. Reimage Intego offers more through scan when you purchase its full version. When free scanner detects issues, you can fix them using free manual repairs or you can decide to purchase the full version in order to fix them automatically.

In-depth guide for the FBI elimination

Important! →
The elimination guide can appear too difficult if you are not tech-savvy. It requires some knowledge of computer processes since it includes system changes that need to be performed correctly. You need to take steps carefully and follow the guide avoiding any issues created due to improper setting changes. Automatic methods might suit you better if you find the guide too difficult.

You can rely on Windows Task Manager that finds all the random processes in the background. When the intruder is triggering any processes, you can shut them down:

Step 3. Check the program in Startup

Data related to the infection can be hidden in various places. Follow the steps and you can find them:

After you are finished, reboot the PC in normal mode.

It is strongly recommended to take precautions and secure your computer from malware attacks. To protect your PC from FBI and other dangerous viruses, you should install and keep a powerful malware removal tool, for instance, ReimageIntego, SpyHunter 5Combo Cleaner or Malwarebytes.

How to prevent from getting ransomware 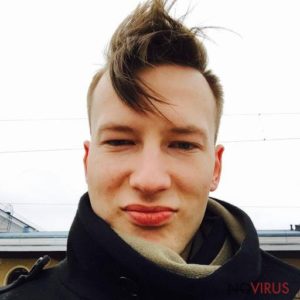 If you found this free tutorial helpful, please consider making a donation to support us. Even the smallest amount will be appreciated and will help to keep this service alive.